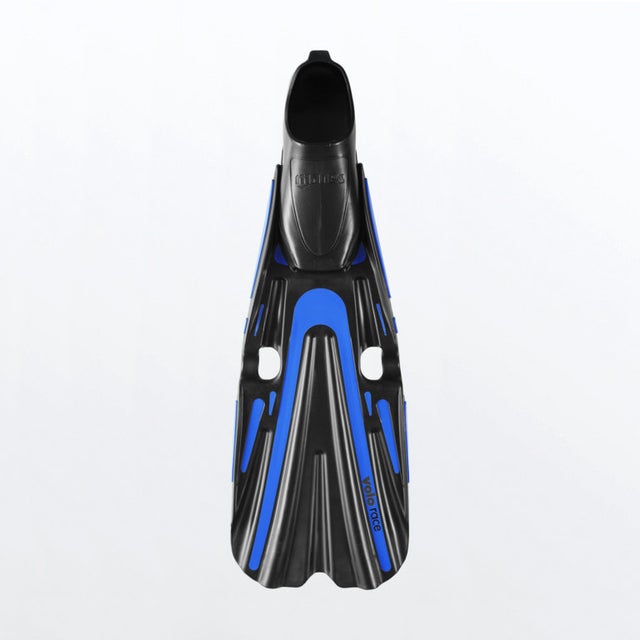 The Volo Race diving fins have a shovel length that varies from 33.5 to 39.5 cm depending on the size. The fins have a closed and anatomical foot pocket. Soft longitudinal inserts allow controlled deformation of the blade while finning. The channel shape displaces more water, creating more thrust with the same effort. The muscle power is thus transformed into propulsive thrust.

The OPB system allows the blade to maintain an optimal angle throughout the finning cycle.

Available in sizes 36 to 46, the new fins come in three colours: yellow, blue and grey/blue.

The main features of the Volo Race diving fins are:

Allows the blade to maintain an optimal angle throughout the kicking cycle, whereas traditional fins achieve this only during a small portion of the cycle. OPB produces a constant thrust, which minimizes fatigue and produces fluid movement through the water.

Soft longitudinal inserts allow a controlled deformation of the fin blade while kicking. This channel shape moves a greater amount of water resulting in more thrust for the same effort.